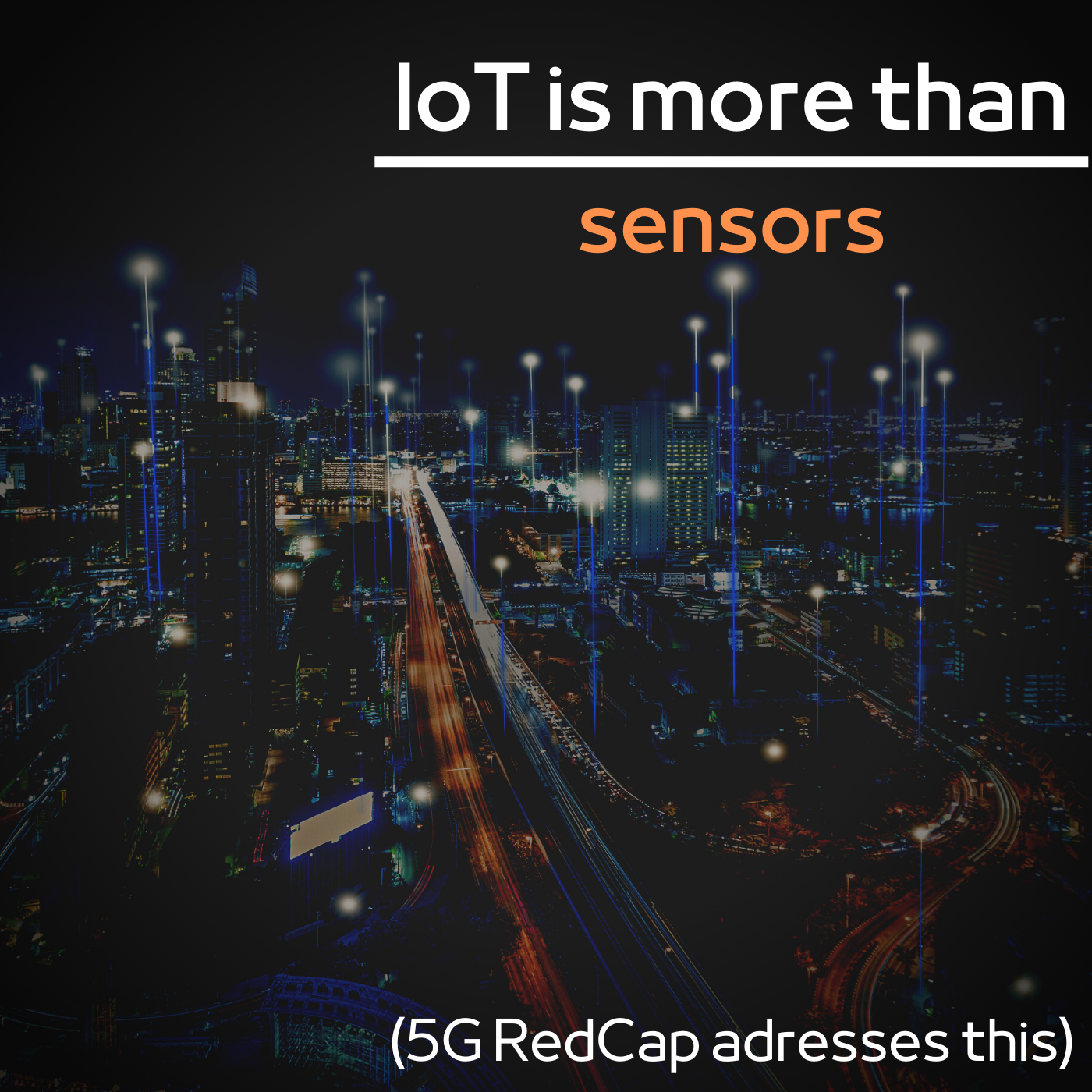 IoT has been the same as LPWAN, Low Power Wide Area Networks for many people. Sensor networks with millions of connections. Sensors that can run off batteries for years send small data packages with sensor data now and then.

For years I have had another view of IoT, which is why I most of the time advocate for 5G when customers need a flexible solution. LoRaWAN is exciting but does only meet a part of the scope. Other private radio technologies meet other use cases, and together, they can be built like the 5G standard, but the 5G standard is tough to beat in its flexibility.

5G was designed on extremes

When 5G was designed, the aim was to be a standard with high flexibility and scalability. A standard that allows it to adapt to new use cases and meet and adapt to new possibilities. New use cases need more and more features, so the standard has to be adapted to more different use cases and more and more devices of various kinds. 3GPP Release 17 introduced a new term, RedCap (ReducedCapacity) or 5G NR Light. RedCap addresses applications that are best described as middle-of-the-road applications.

5G was designed to meet three extreme use cases; therefore, it has been laid out as a triangular-shaped model, in one corner, massive Machine Type Communication (mMTC), massive IoT. In the other corner, eMBB enhanced mobile broadband. In the third corner Ultra Reliable Low Latency Communication, URLLC.

The 5G triangle is based on three extremes: 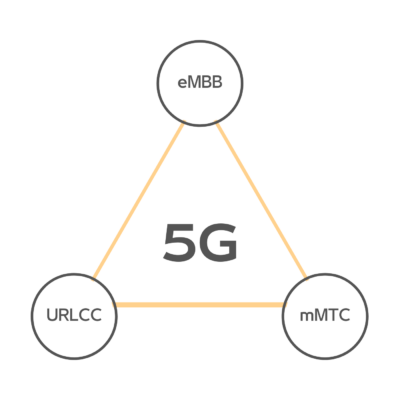 A large number of connections:

RedCap – a new iteration of 5G

RedCap is a new classification of applications for 5G, but it takes its cue from this triangle. The three corners in represent different extremes with different complex or extreme needs. However, there is an opportunity to handle various applications positioned between these extremes. These middle-ground applications are where RedCap aims —being the intermediate version of 5G. 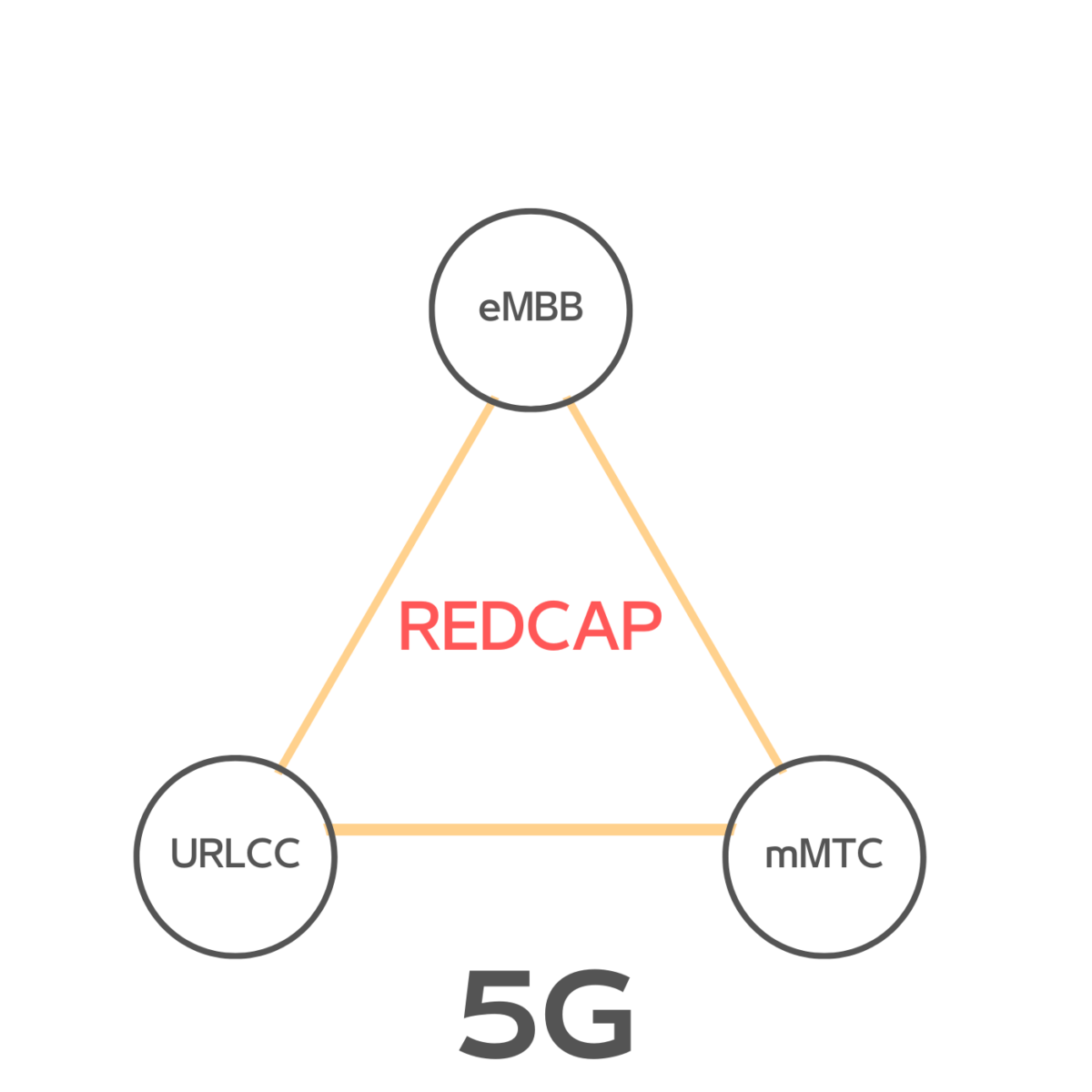 RedCap targets wearable devices such as smart watches, wearable sensors in MedTech (medicine, healthcare), AR/VR glasses, industrial sensors, and video surveillance. To maximise the features of 5G to suit these applications, the term RedCap, or 5G NR-Light, has been developed. These use cases do not have the exact data rate requirements as fast mobile broadband (eMBB) and do not have as strict latency requirements as URLLC. Therefore, there is an opportunity to forgo hardware complexity, leading to an imagined cost reduction.

On the other hand, these applications have entirely different requirements than the LPWAN (Low Power Wide Area Network) represented in 5G by LTE CAT-M1 and NB-IoT. Many IoT solutions are not LPWAN, where data rates need to be higher than for classical LPWAN devices. At the same time, these applications may have constraints regarding the appropriate form factor, as they consist of different portable devices. Positioning RedCap in the 5G ecosystem, we predict that RedCap will be in a segment with lower requirements than eMBB but higher than LPWAN.

To meet the mid-range requirements of RedCap, devices can use reduced bandwidth, fewer MIMO layers and simplified modulation. Half-duplex is allowed, reducing complexity and hardware costs; simply put, it can work with fewer antennas and RF components. RedCap will perform up to 150 Mbit/s downlinks and 50 Mbit/s uplinks. There is also support for lower transmit power and narrower bandwidth.

In addition to increased cost-effectiveness, the reduced complexity contributes to longer battery life due to lower power consumption through simplified functionality. RedCap will continue to evolve, focusing on requirements positioning and other improvements.

NR-Light, RedCap, can improve efficiency and cost structure for industrial IoT. Industrial IoT requires robust communication; RedCap will facilitate industry and private 5G networks in Industry 4.0 applications. RedCap should provide reliable wireless connectivity capable of connecting equipment with fewer cables but maintaining performance. Sensors for process monitoring that can easily be moved will offer more insight; having the ability to move around the shop floor can also be a significant cost saver.

The next version of the 5G standard at the time of writing, called Release 18, has a continued focus on many improvements. RedCap could be another path to massive IoT, but the hardware will be available on the market as late as the mid-2020s. Until then, IoT devices can use 4G technology for non-demanding applications if you can live with the power consumption. However, our long-term advice is still to see 5G as the only realistic option in the long term.