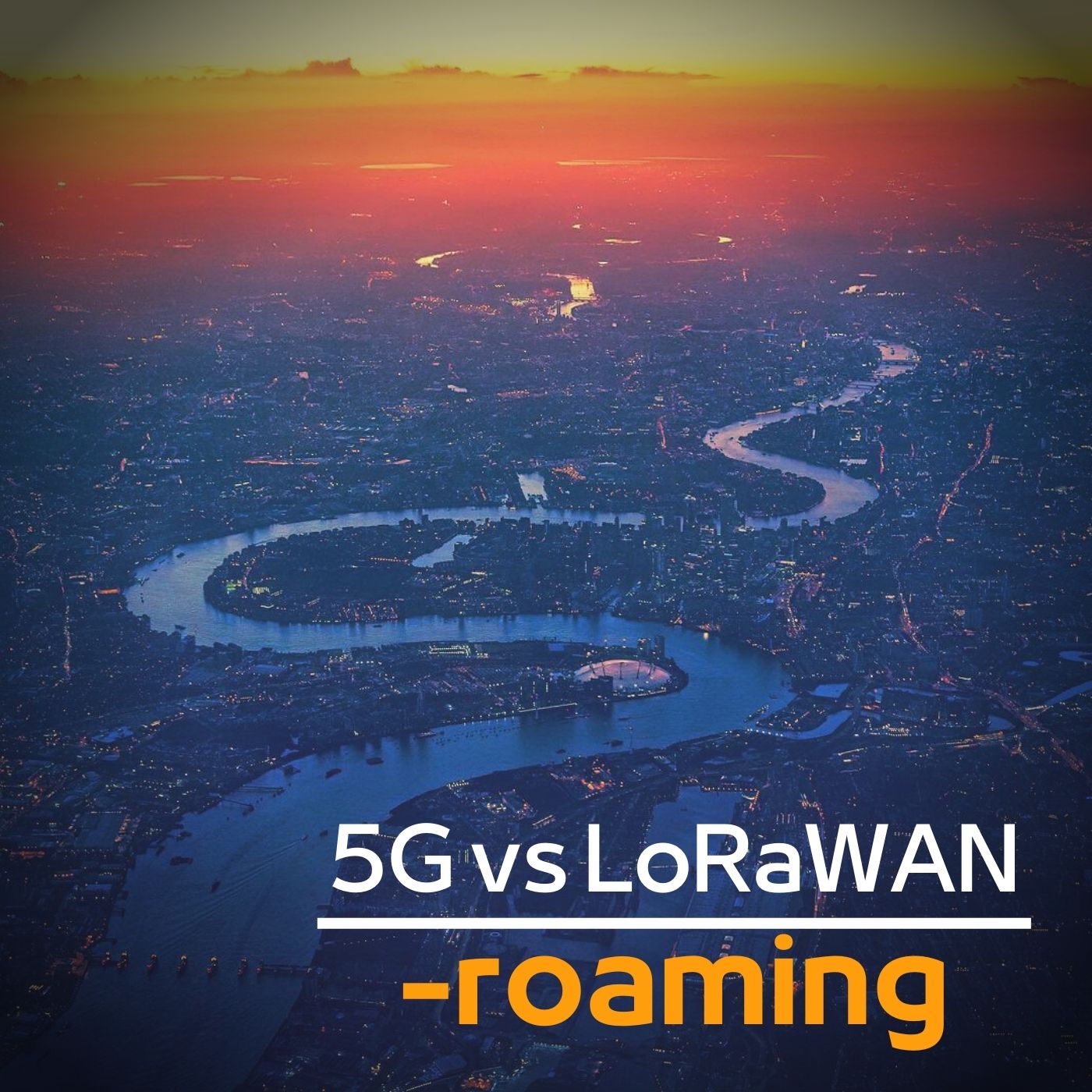 I am continuing with the fifth post in my series LoRaWAN vs 5G. As I was speaking about 5G at a LoRaWAN event (ThingsConference 22nd of September 2022), I found it appropriate to dig into the aspects of LoRaWAN vs the current 5G standards for LPWAN. In the last post, we compared security and touched base on the frequency. This post will focus on roaming. I found a comparison from LoRa Alliance that I mentioned in some of my earlier posts, this topic is also in the comparison by LoRa Alliance:

Ok, from a business perspective, you want to roam if you consider going to an area where your regular network does not have coverage. For 5G, that usually equates to going abroad; with LoRaWAN, it could be just moving to another region. The idea with roaming between operators is to have connectivity contracts where you need them.

LoRaWAN runs on free bands, and unlike 5G, which runs on a licensed spectrum, LoRaWAN networks often use overlapping channels. A LoRaWAN gateway will receive and forward all packets. With many gateways operated by several organisations, these will receive packages from all devices they can hear, even messages intended for other networks. This is a weakness and strength in one. Strength, as it allows the LoRaWAN ecosystem to exchange traffic between networks run by different organisations. Weakness because it is not implemented in many countries yet.

In 2021 LoRa Alliance sent a press release that “multiple network operators have deployed roaming capable platforms, with full LoRaWAN roaming capabilities now available in 27 countries around the world, as well as via satellite”. (5G connectivity with satellites is being tested right now. The technology is supported in the latest version of the 3GPP standard called Release 17.)

The roaming process for LoRaWAN is entirely transparent to the devices, like with 5G. There are two types of roaming: Hand-over roaming -this is like 5G, LoRaWAN switches to a different carrier with an agreement with your home carrier.

Passive roaming is a state where the devices stay attached to their home network, and one or several other networks forward the data packets to the home network. The device may or may not be covered by its carrier’s network gateways when using passive roaming. To complicate things, there are two modes of passive roaming: stateful and stateless.

Stateless passive roaming means all messages are transmitted forward without checking for permissions. This roaming runs on all LoRaWAN versions and does not require massive device management or network gateways exchanging data.

I agree that there are roaming capabilities with LoRaWAN, but to me, it seems like I am either sharing my data with other networks or using a standard with known security flaws.

Handover and roaming with 5G

CAT-M1 supports roaming, where the connection is seamlessly maintained as the device moves to the next base station. NB-IoT standardised against release 13 will terminate the connection. Devices that meet release 14 will not. So if your device is a rel. 13 there is a potential problem with NB-IoT. The problem is that it becomes more sensitive to interference at a single base station. If you are a device manufacturer and you use NB-IoT, you can solve this by device design. It all comes down to building logic into the devices that can handle conflicts in the air interface and terminate the connection in case of problems. The problem with NB-IoT and rel 13, roaming can be problematic in practice. Among other things, roaming causes NB-IoT devices to start searching for new networks. These searches are very battery-intensive and can therefore cost battery life. If you have a SIM card that roams between multiple operators, you risk ending up in a scenario where valuable battery time is spent switching base stations when it is not needed. Of course, all radio technologies need to establish a connection to communicate. Studies show that establishing a connection requires more energy and time than the actual transmission of user data. So retransmissions, spectrum shortages or terminated connections can contribute to higher battery consumption.

That being said, the new NB2 standard, release 14, supports roaming and will solve the problems that NB1, release 13, has.

Generally, it is easy to get a roaming SIM. Roaming is better with LTE-M in general. However, it is essential to check availability in the region(s) you are interested in. Whether NB-IoT or CAT-M1 is the prevailing technology often depends on which continent you will be operating on if you are not going to stick to one country.

Let us look at the LoRa Alliance statement again.

Roaming in 5G networks can be dealt with from public to private networks. I have seen it and talked to people who know it works. It does even support satellites, and it has a larger operator ecosystem. I would say that the statement would look something like this:

The next post will cover the capacity of these networks.