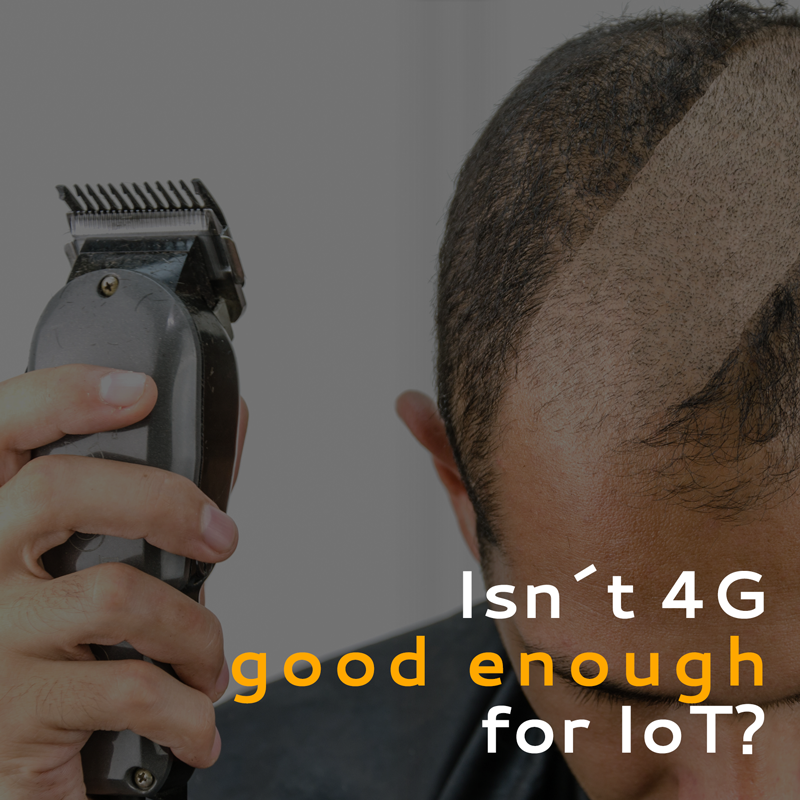 People sometimes ask me why we need 5G for IoT systems when it comes to IoT. After all, many people I talk to believe that IoT and low data speed are equal and that we, therefore, could use the LTE networks for IoT. I think there are a couple of misunderstandings in that kind of discussion. The 4G networks are suffering from three essential drawbacks.

First of all, the power-hungry 4G networks (drawback #1) suffer from something called latency (drawback #2). Latency is a very technical term, but it is best described in the following way: If you send a data package through a network, it takes some time for the package to travel from A to B. That time is called latency.

Years ago, I met a very clever engineer face to face. However, it did not take long to discover that he had a super strange haircut. So I had to ask him what had happened to his hair? He explained that he had purchased a network camera, something very new at that time. The camera was connected to his network at home. He then tried to shave his hair using just the computer and the camera. He realised that what happened was not real-time as he cut his hair. Things were not in sync. What he saw on the screen was not what happened in real life. So he ended up with a strange haircut, latency at its worst.

Disclaimer: this all happened before Covid, so it was not that that kept him from seeing his hairdresser; he was just a very typical engineer type of person that wanted to test something new. But this is just a haircut messed up, right? Imagine trying something like remote controlling a car with this kind of technology. I strongly advise against it.

The other thing where I think the 5G networks are needed is because we are soon seeing something around us called massive IoT. So the 4G networks have been like the IoT playground. We have learned to IoT. We can deploy IoT systems, but if we need to go big with IoT, we need the 5G networks. Massive IoT is best described as networks with up to a million sensors per square kilometre, which the 4G networks can not handle. I’ve heard that eight to 10 years from now, every one of us will meet up to 3000 sensors per day in our everyday life. And for that kind of network, we need the 5G technology.